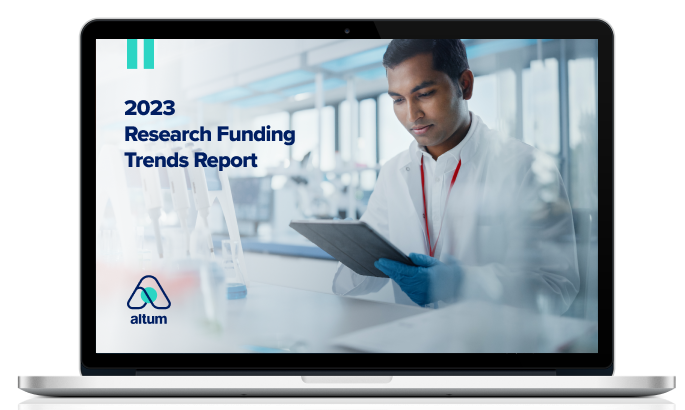 We’ve summarized the key findings into a simple infographic. The survey explored the top challenges & opportunities facing research grant makers as well as predictions on funding trends in the year ahead. 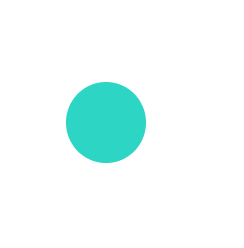 89% of respondents expect that the total amount granted in 2023 will be higher or approximately the same as 2022. Similarly, 83% of respondents said that they expect to make more or approximately the same number of grants in 2023 when compared to 2022. The slight discrepancy between total funding and number of grants may be attributable to researcher attrition, a trend which was cited by several respondents. In other words, while the total dollars granted may trend upward, with fewer researchers applying for grants, the total number of awards granted could decline.

Respondents were asked to describe the biggest opportunity facing research funders in the year ahead. Diversity, Equity, and Inclusion was mentioned more often than any other topic. Demonstrating outcomes was a close second, followed by “streamlined grants management” processes.

When asked to describe the biggest challenge facing funders, Inflation / Reduced Budgets was mentioned most often. 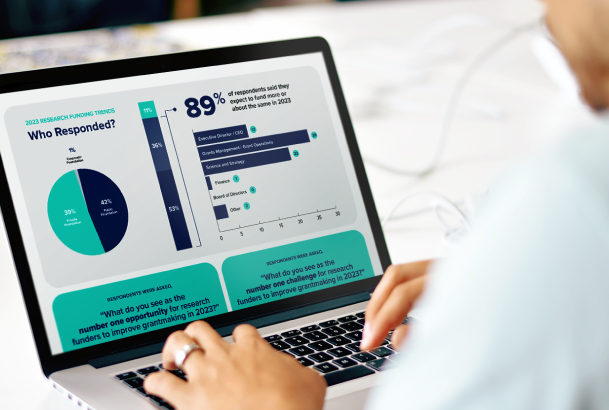 About the 2023 Research Funding Trends Survey
Between November 20 and December 15, 2022, Altum conducted a survey of research funders to understand the trends shaping grant making in the year ahead.

67 responses were received. 42% of respondents associated their position as “grants management or grant operations.” 33% of respondents were part of “Science and Strategy” and 19% were Executive Directors. The remaining 5% of respondents were in Finance or “other” roles. The survey explored respondents’ funding plans, their organizational priorities, as well as the biggest challenges and opportunities they saw for the year ahead.

At Altum, we believe in the power and promise of open science. This survey and its results is one way for us to contribute to the open science movement.